Since August 2017, large-scale massacres and abuses have led nearly 700,000 Rohingyas, a Muslim minority in Burma's Rakhine province, to seek refuge across the border in Bangladesh. The Cox's Bazar District Camp, the largest camp in the world, is home to nearly 700,000 refugees.
The concentration of population on a vulnerable terrain plagued by climatic hazards poses colossal humanitarian challenges. While food needs and access to water seem to be largely covered in August 2018, lack of hygiene, precarious shelter and promiscuity remain a concern. Floods also increase the risk of waterborne diseases.
Children account for more than half of the camp population according to UNICEF. They are forced to live in disastrous humanitarian conditions, without access to education. 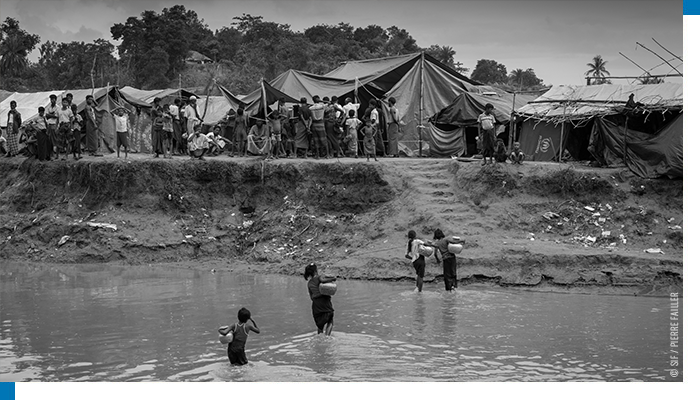 In response to the humanitarian crisis of 2017, the SIF responded in October with the distribution of food aid and the construction of wells and latrines to cover water and sanitation needs.

In a second phase, infrastructures were strengthened to prevent health risks (construction of a health center, construction / rehabilitation of wells and latrines). Two psychosocial centers for children were inaugurated in May 2018 in Kutupalong camp. The projects were carried out in partnership with the local NGO Friendship. 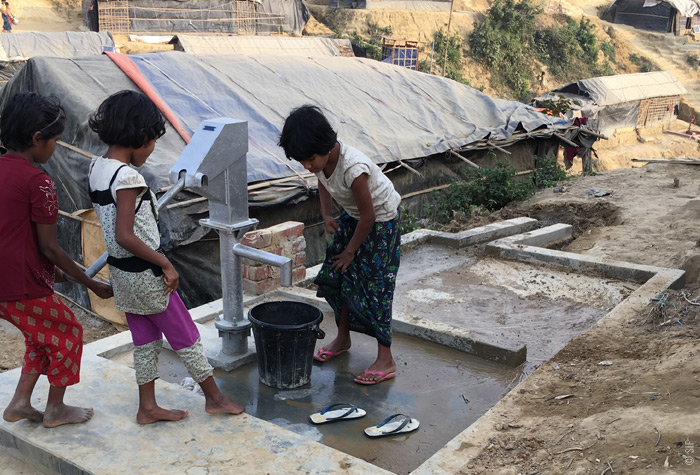 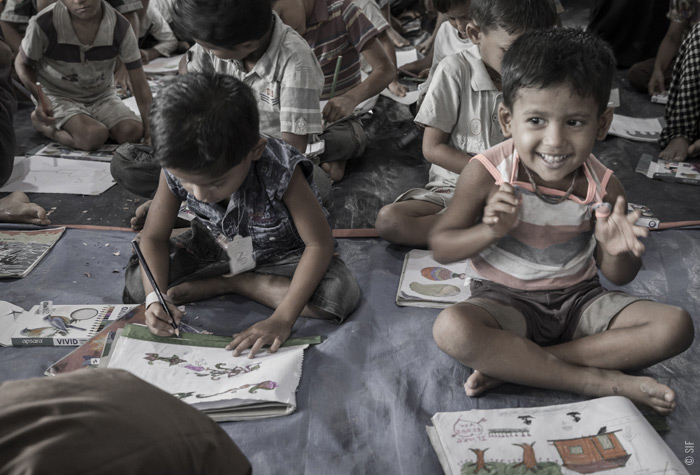 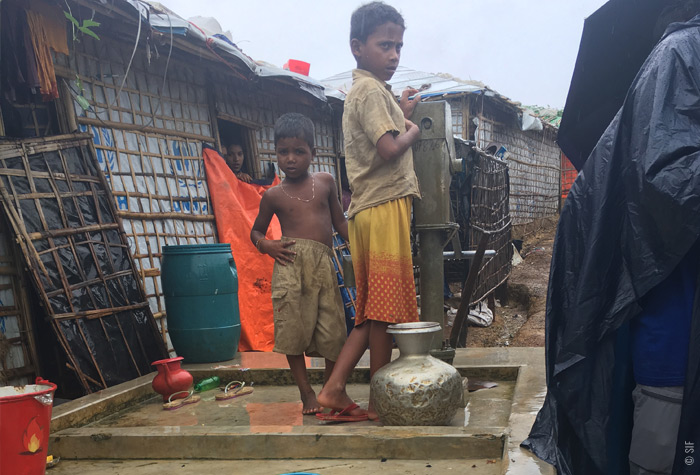 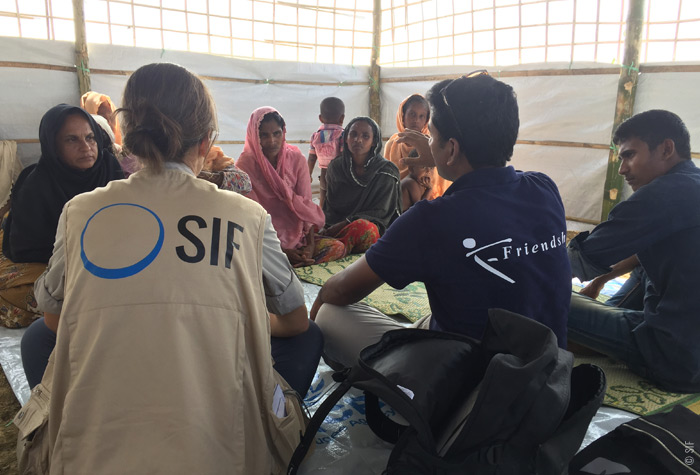